This Just In: Sleep Training Won’t Ruin My Kid for Life (Yay!) 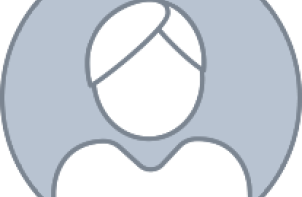 Baby #2 was a born sleeper. When he was a mere 4 or 5 weeks old, he was pulling seven-hour, through-the-night stints, and by 2 months old he was giving us eight or nine hours of blissful uninterrupted sleep. It was a miracle, especially considering that our first has never been a great sleeper. (Don't hate me, just keep reading.)

When our friends remarked at how well-rested I seemed for a mom of a newborn, I’d brag at his superstar sleeping patterns, adding that I was fully aware that anything and everything is subject to change at a moment’s notice when you’re dealing with these little nuggets. (But praying really, really, really hard that it wouldn’t.)

Enter: Travelling, teething, head colds, milestones, and separation anxiety, and six months later, that little snoozeball had transformed into a regular (screaming) night owl. Oh yeah, and he decided not to nap, either. Because he shares a room with his sister, and because we were tapped-out parents of two who had become a little more firm and no-nonsense in all our parenting wisdom, we knew this up-all-night schedule just couldn’t fly and had to be nipped in the bud. STAT.

My husband and I both felt pretty strongly that cry-it-out wasn’t the way we wanted to go, at least not at thestart. But we needed something effective, and fast. So we buckled down and did our research. (By the way, it’s not easy to read a 200-page book on getting your kid to sleep when you have a kid who won’t sleep.) But we managed to come up with a plan: a sort of combination between the “no-cry solution” and the “baby whisperer” mixed with our own ideas, that seemed to be something we could stick to. It did involve letting him cry for five-minute intervals, with us going in to soothe him in-between, which was something we could live with. And, wow, it worked. Several days later (granted, they were extremely difficult days), he was napping like a champ and sleeping through the night. High fives and pats-on-the-back all around.

But part of me wondered if we were somehow damaging him or sending him the wrong message that we were abandoning him when he needed us. Our sources insisted that no, he was learning to soothe himself and it was a skill he needed for a lifetime of solid sleeping. But I still had that nagging self-doubt that maybe I should just give in and let him lead the way, for fear of him someday having some emotional consequence. So imagine my delight in seeing that a new study recently published in Pediatrics reported that infant sleep training techniques were not found to cause any long-term negative effects in the emotional development of the child, nor in the strength of the child/parent relationship.

Researchers followed up on a previous study done on sleep training (which found that certain techniques did, in fact, work in helping infants and their parents sleep better), and further discovered that these techniques had no effect years later on the children’s emotions, conduct, or stress.

As we’re coming up on our next milestone (walking!) the little guy is encountering a little hiccup in his ability to make it through the night. We’re buckling down this week for a little sleep-training reboot. Thanks to this study, I can be even more confident that our efforts are the right choice for us. And for that, we’ll all sleep a little easier.

What were your strategies for helping your baby to sleep? Did you try any sleep training techniques?

Tags
cry it out
Sleep; Sleep training
sleeping through the night
NextNext
PreviousPrevious